8 Factors That Influence the Way You See Colors

Want to Get Color Right?

Get on the Right Color Management Wavelength with Monthly Insights from 10,000+ Color Professionals Around the World.

In everyday situations, it doesn’t matter much if you think a tennis ball is yellow and your friend thinks it’s green. After all, there a range of factors that impact our color perception. For most of us, those factors lead to little more than casual disagreements.

What if it’s your job to evaluate the colors of products, though? Well, that’s a whole different story. Differences in the way people see color can quickly escalate from disagreement to expensive bottleneck.

An example: The design team at a well-known clothing brand is planning colors for an upcoming season. Someone uses the term “neon yellow”. Someone on the color team runs with this and does their best to find a color that looks like neon yellow. When the designer sees the lab dips, they look more like neon green.

The same thing can happen when color teams try to visually match a color to a production standard.

You might have 20/20 vision, but your eyesight is still unreliable when it comes to color.

Let’s take a look at some physical and environmental factors that influence color perception. 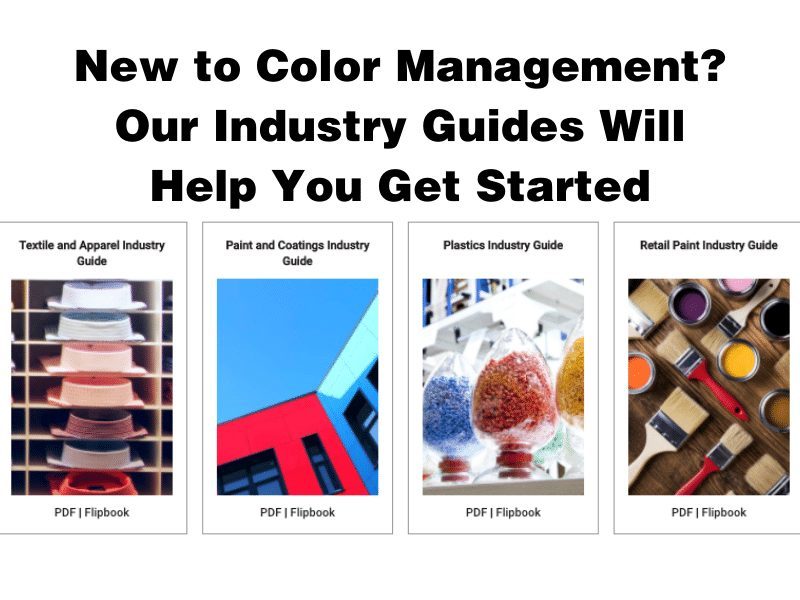 The Most Important Factor that Impacts Color Perception

Lighting is easily the most important factor when it comes to color perception. First, let’s dive into the science. Some of it may sound familiar if you’ve taken an art class before:

We can only see objects that reflect light into our eyes, and the color we see depends on the wavelengths of light that are reflected. When the visible spectrum is reflected equally, we perceive an object as white. When it absorbs most light, we see it as black.

Color in light, unlike pigment, depends on the spectral energies contained in the light. Objects that appear red reflect the red energy while absorbing all others. Without the red energy, a normally “red” object will appear black.

The light we perceive as “cool” includes more blue, whereas “warm” light is more yellowish light. The color of a light source can be described by measuring the relative powers of various wavelengths. As this spectral power distribution (SPD) changes, so does the way light is reflected to our eyes, which affects the colors we perceive.

Light sources are measured according to their ability to accurately reveal colors in comparison with natural lighting. This value, determined by the spectrum of the light source, is called a color rendering index (CRI) and is often indicated on commercial lamps. For reference, the CRI for natural, outdoor light is 100. However, it’s important to note that the U.S. Department of Energy has tried to come up with a better measurement for CRI, called TM-30.

Retailers, restaurateurs, and office space designers are among those who routinely consider CRI in an effort to make goods more attractive and an atmosphere more inviting. But indoor spaces are also affected by natural light which varies with the weather, time of year, time of day, and position of a building, among other factors.

Lighting designers can make appropriate adjustments by carefully selecting artificial light. And paint and textile colors can be chosen to offset characteristics of natural light. For instance, indirect northern light can make colors appear darker, so a designer might select brighter paint and textile colors than they would for a southern exposure.

In addition to color, the power of the light source can also affect the perceived colors of objects it illuminates. Brighter isn’t always better, though. Research from the Lighting Research Center has compared the relationship of lamp efficacy to CRI, gamut area, and full-spectrum color index values. Sometimes very bright lights, for instance high-pressure sodium lamps, scored poorly on color rendering. Depending on the application, color might be more important than brightness. 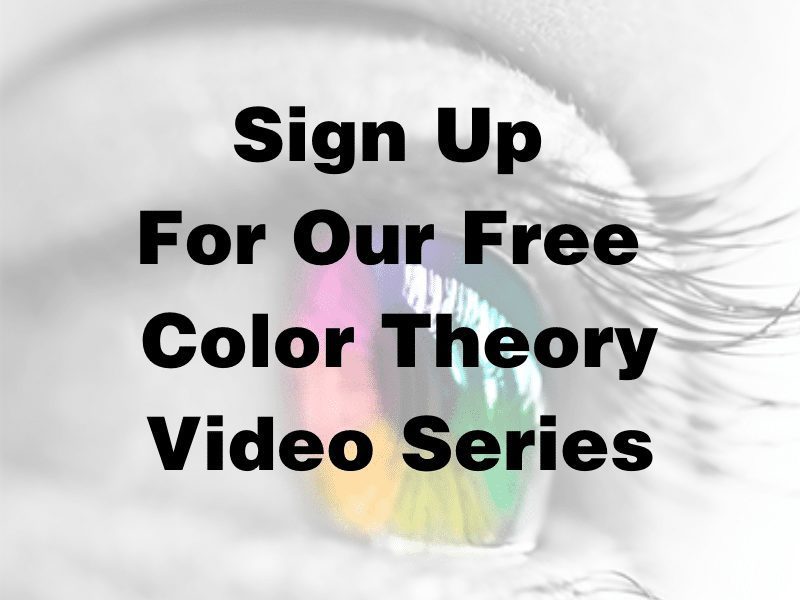 Seven More Factors that Could Impact the Colors You See

Colors can appear quite different depending on their context – not just the brightness of the viewing area, but the relationship between a color sample and its background. If you’ve ever seen an optical illusion that exploits this relationship, you’ve experienced this firsthand.

Even when variables are tightly controlled, color perception is still variable and subjective.

You might see your favorite blue pants as one shade at home in New York and a slightly different shade while hiking Machu Pichu on vacation. Though, you probably wouldn’t realize it because these differences aren’t critical to your job success.

But the color perception has been shown to change in high altitudes.

One study evaluated the effect of reduced oxygen levels that create physiological changes in the eyes. Another found that vision changes climbers experienced at high altitudes reversed themselves within a short time when the subjects returned home.

The relationship between sound and color has fascinated scientists for hundreds of years. Plato and Aristotle speculated about the relationship between color and music, and Sir Isaac Newton styled his color wheel to correspond to the musical scale. Synesthesia is a well-known condition whereby people can hear colors (or experience other crossed senses).

But while the sound can trigger a color, it’s not clear whether sound – especially noise – can suppress color perception.  One study indicated that bursts of white noise could suppress visual perception generally, but it didn’t single out color perception.

It’s no secret that our vision can get worse as we get older. Although we might need glasses, or accept that our peripheral vision isn’t what it once was, many people might not be as aware that accurate color perception is also affected by age.

With age, the muscles in our eyes lose strength and your eyes are less responsive to lighting changes. Cells in the retinas of older people also lose sensitivity, which affects color contrast. Blues are especially likely to appear more faded to older adults, possibly because the lens of the eye yellows with age and cataract formation.

A study in the 1990s tested color vision loss by decade. Researchers found that ability to perceive both hue and saturation began to significantly decrease at age 50, and more rapidly after age 60. A more comprehensive study published in 2014 confirmed color confusion with age, especially with the color blue. And, after having cataract surgery, patients often report a change to color vision.

Several common conditions are treated with medications that can affect color perception. A 2016 Canadian report surveyed the literature to identify these drugs, and discussed a few common ones.

Color perception is both physical and psychological. It involves the eye, but also the mind. Whether side-by-side or from afar, memory is a factor that affects our ability to see, describe, and match colors. There are a couple of different ways color is affected by memory.

First, memory affects the way we name and perceive colors. We’re likely to call the identical orange-yellow color “yellow” if seen on a banana, but “orange” if viewed on a carrot because of our previous experience of both objects and expectations about their colors. Beyond naming, “memory color effect” has been shown to make viewers see a banana as yellow even if it’s actually gray.

Secondly, memory of color isn’t terribly accurate over time and distance. For example, it’s difficult to match the color of an accessory in a store to an article of clothing at home. Our memories are inaccurate, and the lighting and other context variables can change the perceived color, too. A study on the effect of memory and context changes on color matching was published a few years ago.

Mood is another psychological characteristic that affects our perception. A person who’s “feeling blue” might actually be less able to accurately identify colors on the blue-yellow spectrum than they would for upbeat days. While emotion in and of itself plays a role in perception, there are also physical explanations. For example, dopamine, the neurotransmitter that affects feeling of well-being, is linked with color perception.

“Gray days” might have a physical component, too. A German study measured the ability of patients to perceive contrast, and found a “strong and significant association” between the severity of depression and decreased responsiveness of the retina.

Can Technology Help Overcome These Factors?

Absolutely. Spectrophotometers, software, and other tools like light boxes are designed to remove the subjectivity of color perception.

… but only if they’re operated properly. Yes, even these machines can have “off days” if you don’t account for these factors. We covered many of them in this article.

For instance, the light source at a manufacturing facility may be different than at a brand’s retail location. This will appear as though there was an error, but in fact, it’s simply the light’s wavelengths affecting how we see the colors. This is why it’s vitally important for everyone involved in production to evaluate samples under the same light source, from initial design concept all the way to stores.

The Subjectivity of Seeing Colors

As we’ve learned, numerous physical and personal factors interfere with our ability to perceive colors. This makes objective, high-quality color management impossible to achieve with eyesight alone. To accurately identify and reproduce colors, we need tools and processes that help us step outside our own limitations.

Want to talk about how to bring objective digital color control to your business? Contact our team to learn more. 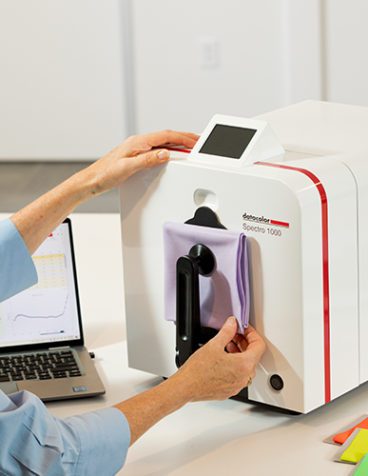 What are the Different Types of Color Measurement Instruments? 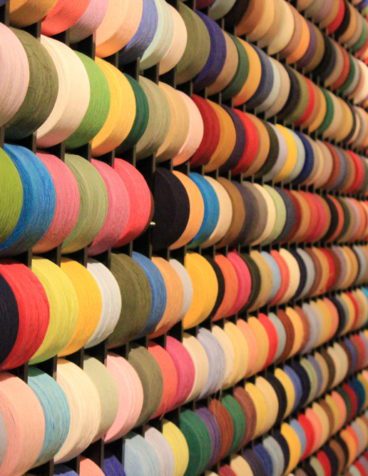 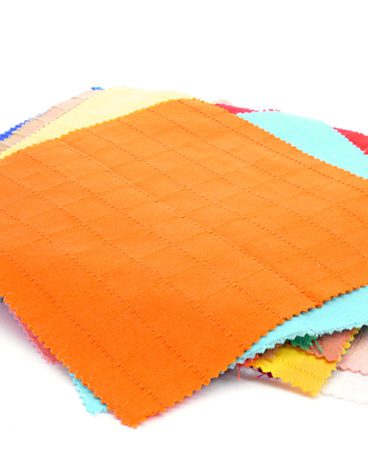 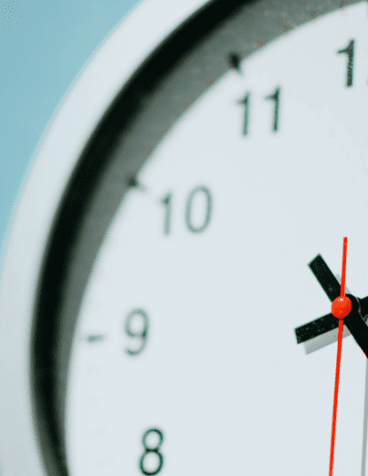 Connect with a Color Expert